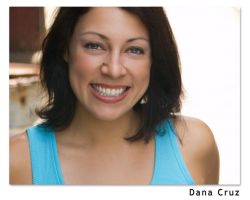 My name is Dana Cruz.

I am originally from NYC and have lived in Chicago for the past since 2001.

In '99 I graduated from Boston University's Theater conservatory and received a BFA in Acting.  I spent some time temping and waiting tables while doing theater in the evenings.  I was working odd hours and not taking care of my body or spirit in a way that felt good.  I started struggling with anxiety and panic attacks.  I was exhausted and depleted and something had to shift.  My boyfriend at the time (now my husband) asked me if I had ever considered a career in massage therapy.

I had no idea the journey I was about to embark on. 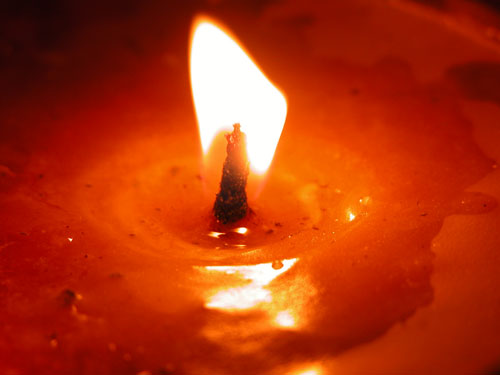 I researched schools in the Chicago area and came across the Chicago School for Massage Therapy.  It seemed like a good fit and I graduated in 2003.

During my time at CSMT, I became good friends with a woman who did labor support work.  I apprenticed with her, assisting her at births as a doula and soon after graduation wanted to be certified in pregnancy massage.

I took Kate Jordan's Bodywork for the Childbearing year seminar and not only received my certification but found an amazing mentor and friend in Kate whom I have been assistant teaching with since 2004.

I have also been studying the art of Lomi Lomi (a sacred form of Hawaiin massage) with Tom Cochran and Donna Jason and have found the work incredibly rich, healing, spiritual and rewarding. Through this work I have been able to balance more technical massage skills with a wholisitc approach to care.

I practice NPMDT energy work and bring that light with me into everything I do.

I have had a personal yoga practice since 1998 and experienced a profound shift in my practice through the birth of my fourth child.  Max was thought to have some major issues with brain development detected around the 20th week of pregancy.  Just prior to Max's birth, I discovered a wonderful studio of yogi's at OM on the Range in Chicago and discovered the Baptiste Methodology. I I practiced regularly throughout my pregnancy and incoporated mindfulness and meditation to manage my anxiety and continue to work, raise a family and grow a new human.  I was reading the work of Jack Cornfield, Jon Kabbat Zinn, Thicht Nhat Hanh and Pema Chodron.

Max was cleared of all concern through MRI in July of 2014 in the 38th week of pregnancy.  I don't know how I would have made it through without my practice.

I attended Journey Into Power, Level One training through the Baptiste Institute in July of 2016 and deepened my practice by traveling to Kenya through the Africa Yoga Project in April of 2017.

In 2016, I began offering workshops in mindfulness, yoga and meditation.  I began by working with mothers and exploring how they could incorporate the practices into their already jam packed lives.  The classes expanded to include all women and eventually families.

I still practice massage and offer workshops in the Chicago area.

During massage, I use a combination of techniques to customize the best session I can for my clients.  I work closely with other health care practitioners (doctors, physical therapists, yoga instructors, chiropractors, acupuncturists, personal trainers, etc.) to provide the best possible comprehensive care for my clients.

Most important to me is being able to listen to people, stand with them and help them facilitate their own healing and be a loving support and mirror for them on their path.